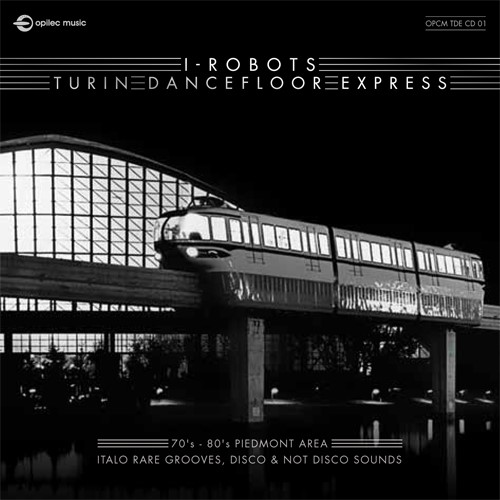 Titel
Turin Dancefloor Express
Interpret
I-Robots
Label
Opilec Music
VÖ Datum
10.02.2017
Genre
House
Artikelnummer
OPCMTDECD01
EAN
8058450861117
Beschreibung
Opilec Music is back with another treasure trove of music that outlines how important Turin and the Piedmont area was to the development of electronic and dance music in the 70s and 80s and beyond.

This compilation has been expertly put together by Opilec Music boss, I-Robots, from his own experiences as a DJ and collector and from time spent digging in archives, old collections and anywhere else he could. It marks the start of a new series and is the latest in a long line of such projects he has worked on before now. The 2 x CD package will be supported by a big launch event in November at The Beach in Turin, and features fine artwork depicting the Monorail Alweg issued from the Photo Archives of the City Of Turin.

This expansive collection makes for a fascinating musical story and proves that in the 70s and 80s, the influences of Afro-American music and Kraftwerk electronics as well as Krautrock massively stimulated artists from Piedmont, who in turn began to influence the entire national scene with what would be then called ltalo disco, only for it later to turn into Chicago house and Detroit techno over in the US. Fittingly enough, because FIAT is located there, Turin is known as Italy's Motor City, so this adds another nice layer of circularity.

Interestingly, many of the tunes from this period were made by live bands until DJs and producers took over and the CD market started to boom. Along the way this shines through and many seminal artists are included, with the music ranging from psychedelic funk to neo r&b to soul, disco, beat, afro, rock and pop and so much more.

The tunes are all high tempo and hugely musical, with classic synth sounds and weird vocals, rare grooves and cosmic oddities all helping to colour the trip.

This is one for DJs and dancers but also collectors and musical historians who are keen to learn more about a vital but little talked about time in the development of electronic music.