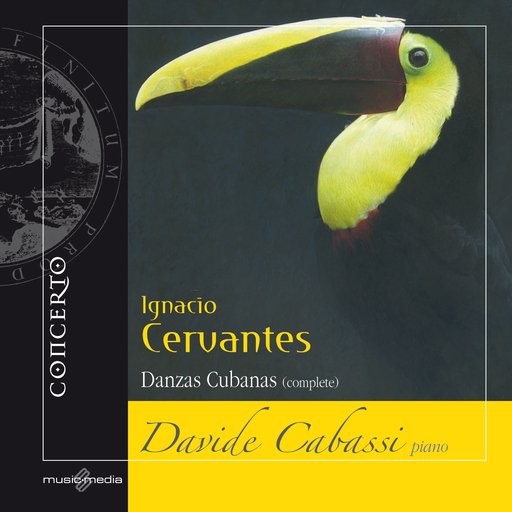 Titel
Ignacio Cervantes - Danzas Cubanas
Interpret
Davide Cabassi
Label
Concerto Classics
VÖ Datum
11.01.2019
Genre
Klassik
Artikelnummer
CNT2054
EAN
8012665205418
Beschreibung
Ignacio Cervantes Kawanagh (Havana, 1847–1905) is not quite known outside the American continent. Only occasionally a
Dance of his will show up in a concert program or within a recording, though he was a significant figure of his times – times of
change and inspired by revolutionary ideals in politics and art. From the point of view of the history of music, his importance
is justly attributed to the “creole-ization” of Cuban music – or rather a fusion of styles, that show the local patrimony at its best
by melding it with external influences, in constant tension by searching for a new identity (we could call it a type world music
ante litteram). However destiny would have him be more than just an enfant prodige. It also led him to be twenty years old in
’68 – a date that has the power of overturning the status quo even in other centuries and at other latitudes. Encouraged by the
American composer Louis Moreau Gottschalk (from whom a second surname) to study at the Paris Conservatory, one of the
best at that time. There he worked with highly respected musicians such as Antoine François Marmontel and Charles-Valentin
Alkan, studying composition and harmony and graduating with brilliant results. In his career he played with many artists, but
especially two merit mentioning: the Swedish Christina Nilsson and our own Adelina Patti, both famous singers, and rivals.
As concert musician and virtuoso he travelled around the world, even for a noble cause: raising funds for the war for indepen-
dence from Spain that began in ’68 with the War de los Diez Años (1868-1878), the first of three wars for independence. The
Danzas surely represent his masterpiece. They are presented here for the first time as complete recording, splendidly performed
by Davide Cabassi. The introduction on the booklet has been written by the well-known Cuban musicologist José Ruiz Elcoro.
For the first time a pianist of international projection , not a native Cuban, assumes such an undert