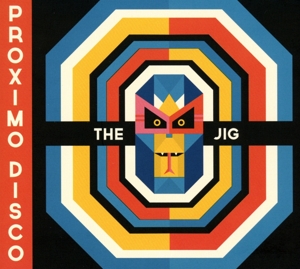 Title
proximo disco
Interpret
the jig
Label
b-crack recordings
Release Date
29.07.2016
Genre
Funk
Article Number
bcr-007
EAN
7081109348548
Description
The third album from The Jig is more diverse than the previous two, including through the use of vocals Proximo Disco breaths a rock 'n roll and pop vibe. The voice of Mr. Ruben ( Ruben Seyferth ) played on three songs can be described as a mix of Prince and Steven Tyler ( Aerosmith ) . It was for the band the first time they worked with a vocalist . Actually against the principles of the instrumentalists in , but could hear the distinctive voice of this singer and she did not go.
Proximo Disco was recorded at Rock Supplies in Amsterdam West. Producing and mixing was done by the band itself . The mastering was in the hands of Darius Helfteren (inter alia the State , The Opposites , Caro Emerald ) . The renowned British illustrator Ben Newman was responsible for the artwork.
Seven men strong , The Jig not only conquered many venues in the Netherlands ( Paradiso , North Sea Round Town , Blue Note Sessions, Jazz in Duke Town), but also the public in countries like the US , Brazil , Spain, Germany , Belgium France have been infected with The Jig's funk . The Music, which is strictly their owwn, is personal and contemporary. Elements of soul, afrobeat , pop , jazz and rock are mixed with vintage funk as you know from Bootsy Collins , Tower of Power , James Brown , Average White Band and The Meters . Consider an instrumental groove machine with a rock'n'roll attitude.