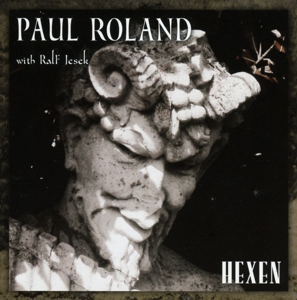 Title
hexen
Interpret
paul roland with ralf jesek
Label
audioglobe
Release Date
14.03.2014
Genre
Gothic Rock
Article Number
out7-2
EAN
8016670108665
Description
English cult psych-baroque singer-songwriter Paul Roland has always had a fascination with magic
and the supernatural, but only now with his new album 'HEXEN' has his obsession manifested in
music designed to raise the very devil himself. Ever since his first album 'The Werewolf of London'
was released in 1980 Roland has drawn inspiration from horror movies, fiction and comics with
songs such as 'Blades of Battenburg', 'Lon Chaney', 'Edgar Allen Poe' and 'Re-Animator'. Whether
it was with full gothic rock band or solo acoustic guitar and classical string and woodwind ensembles
Roland created miniature movies for the listener to visualise in their own personal cinema of the
mind, but now he has created an actual full-length movie soundtrack for the classic silent horror film
'Haxan' (1922) and produced an album that evokes disturbing and haunting images so you will never
rest easy in your beds again.

"I had been wanting to record a special album for my dear friend Guido at Palace of Worms for some
time. His catalogue of neo gothic medieval music and the tasteful covers that he created for his re-
leases have been tantalizing me for several years. So as soon as I was free to record a 'side project',
I took the opportunity to rework an abandoned silent movie soundtrack that had been haunting me
since 2007 and made it the basis for a new album - one which would hopefully complement POW's
other releases.
While living in Germany in 2006 I had found a film project that I thought would be good to create with
my musician friends - Ralf Jesek of IN MY ROSARY (now I-M-R) and Tobias Birkenbeil of Lakobeil.
'Haxan' was a remarkable Danish horror movie from 1922 with a cult following and a reputation as
an early classic of the silent era. It was also in incredibly good condition for a film of that age and the
imagery was striking. But the various soundtracks that had been used on earlier DVD releases (inclu-
ding a free jazz jam, an orchestral score, an ind